We have been keeping an eye on Twitter’s Project Retweet for a while now, so when Mashable broke the news that retweets had been spotted in the wild we scanned our accounts and found that one of our test accounts has the feature enabled!

Retweeting is where you post the content of a tweet from someone you follow into your own stream for your followers to see. In the past this has been facilitated through adding RT @username to the beginning of a post to signify that the content was originally posted by someone else. Now Twitter has integrated this process into the system, which means the original content will remain intact and the act of sharing becomes a two click process rather than the copy-paste effort required before.

When you hover your mouse over the post you want to retweet you will see the retweet option. Click this and confirm the dialogue.

The feature is being rolled out progressively so keep an eye out for strange tweets in your feed. For now posts retweeted with the function will appear like regular retweets to anyone whose account hasn’t had the new feature activated.

When the feature is activated you will be able to choose whether you receive retweets from each of the people you follow. If you are receiving retweets you will see other peoples tweets in your feed, complete with their avatar and name.

This is a huge feature for Twitter which should make it far easier for your message, and brand, to spread. Your full tweet will appear anywhere it is retweeted, including a link back to your profile.

This feature is now available for many accounts in the UK. Below is how it looks when a retweet appears in your feed.

To read more about the retweet feature, check out this retweet guide from mashable. 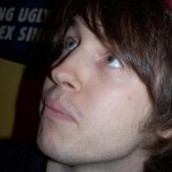