With subscribers’ inboxes getting more and more crowded and the competition for attention increasing all the time, getting your subscribers to open your email marketing campaigns requires a touch more thought than used to the case.  The same goes for achieving clicks: why should a subscriber click on your campaign, and what can you do to increase the likelihood that they will?  The following post explains one of the tools that Sign-Up.to offers to help users achieve better response rates and gives insight into what actually caused the increased (or decrease) in response.  So…

Split-Testing is the highly recommended process of broadcasting different campaigns simultaneously, sending each campaign to a sub-section of the target audience to ascertain which is the most effective.  Alterations are made to an email campaign to create different versions that can then be used in the test, for example experimenting with different subject lines or layouts.  During the testing process each variation of the campaign is sent to a portion of the targeted subscribers so the results can be compared.  Metrics such as open and click-through rate are used to determine the best or ‘winning’ campaign, and once this has been identified it will be subsequently broadcast to the remaining subscribers.

Why should I use Split-Testing?

Split-Testing is highly recommended because of the effect it can have on the success of your email marketing campaigns.  As a marketer you want to ensure that your campaigns are as effective as you can make them.  Traditionally you would use campaign reports (such as those provided within Sign-Up.to) to see what worked historically and incorporate the factors that generated success into future campaigns.  You can still do that, but Split-Testing takes it to the next level and provides additional flexibility that before was not possible.

Using Split-Testing it is easy to try out different subject lines, different calls-to-action or even small things like different background colours and make sure the best one is the one that most people see.  If you plan, test and execute your campaigns effectively you can achieve big improvements in open, click and conversion rates that ultimately boost your email marketing return on investment (ROI).  With ever-greater demand for subscriber’s attention and busier inboxes this tool helps ensure that it’s your email that they read and respond to!

How does Split-Testing work?

Whilst many Split-Testing tools provided by ESPs focus on subject lines and open rates, and allow two campaigns to be run simultaneously (hence the term A/B Split-Testing), at Sign-Up.to we’re different and wanted to go further, providing more flexibility and additional options that some other ESPs just hadn’t considered.  Because of this, our Split-Testing tool includes:

1. The ability to include up to five campaigns in your test

Allowing up to five variations of a campaign to be included in a test provides much greater flexibility for marketers. For example, you could experiment with five variations of your subject line and see which got the most opens.  The same goes for your call-to-action: small changes to wording can have a massive influence on people’s interpretation, so five variations give plenty of room for re-wording to identify the one that works best to achieve the desired response.

2. Choose the winner by open or click-through rate

Open-rate is a great way of judging a subject line, but equally there are many other parts of a campaign that can be changed that will not affect how many people open your campaign.  At Sign-Up.to we give you the choice of which metric to use as the judge so you have much more flexibility to change any aspect of your campaign and see how it affects the performance.

Having the ability to judge by open or click through rate provides much more accurate judgement of campaign effectiveness.   Now it’s easy to see how small changes to any aspect of your campaigns affect performance.

Subtle changes to the arrangement of articles in a newsletter, the wording of your call-to-action, using different images or even using different background colours are all worth experimenting with.  Choosing to judge the campaign by click-through rate will ensure that the best campaign reaches the majority of your contacts.

3. Choose the duration of the test

Whether you are in a hurry to get an email campaign out or you have a little while before the deadline, Sign-Up.to’s Split-Testing tools help ensure the most effective campaign is the one that gets broadcast.  Choose to run the test from any length of time from a mere hour to a whole week.  We recommend waiting 24 hours as after this time the majority of recipients that would respond to a campaign will have done so, giving you the most accurate results with which to decide the winning campaign.

Once you have chosen how long the test will run for Sign-Up.to will automatically send the winning campaign to the remaining subscribers, meaning all you have to do is sit back and relax.  Unless of course you want to do further testing, in which case you can….

4. Choose the “Just tell me the results” option

‘Tell me’ tests are great if you want to run further testing after the initial test.  You may first test different subject lines and just be told the results, then use the best subject line with the different content in the next phase of testing.

The “Just tell me the results” option also brings Google Analytics into play.  Google Analytics integration provides insight into the post-click activity of your campaign recipients.  It is easy to look at this and, according to your campaign objectives, judge the test on metrics other than open or click-through rates.  Once your winner is decided you can simply schedule the campaign as a normal campaign, excluding those subscribers that received a campaign as part of the test.

The range of options available with Split-Testing will help to ensure that your campaigns are as successful as they can be.  Making the most of these tools will increase subscriber interaction and send ROI sky-high! 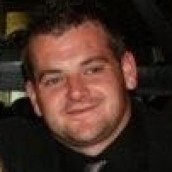