Google recently announced that they were going to start caching images for Gmail webmail users. The aim was to improve email performance by speeding up loading times and automatically downloading images, but some concerns were expressed at the time. For more details make sure you check out this quick video by our CEO, Matt McNeill.

Around six weeks on from this initial announcement, Gmail webmail users are starting to experience issues with images simply not displaying within email campaigns. At this time we have noted the issue affecting only a selection of email campaigns, and of these campaigns only a small selection of images within those campaigns, but nonetheless emails are appearing incorrectly – one of the concerns raised when Google announced this back in December.

Since most of the campaign images are loading, users are simply seeing a selection of plain areas with the image ‘alt’ text showing. You can see some examples of this below.

The Pizza Hut example above has simply failed to load a logo, whereas the Wowcher example is missing the main product image. Since these issues are sporadic, different users are likely to load different images, if they load any at all.

In these examples the Fiverr campaign is seeing various missing images, including the logo, the right-hand side of the green banner and star rating under the first product. The Broadway Travel campaign seems to only be missing the left-hand side spacer image.

Unfortunately there is no real way to get around this – it’s a case of waiting for Google to resolve the issue. We’ve found that simply closing an email and reopening it brings back some, but not all, of the missing images. Since it’s a global issue which we know is affecting all Gmail webmail users, we expect it to be resolved swiftly.

We’ll be monitoring the situation and will post back here once we believe the issue has been completely resolved. Got any questions? Add them to the comments section below. 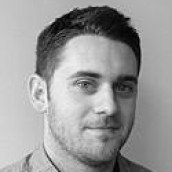