On Tuesday 7th August we’ll be launching our latest update to Sign-Up.to, including our new and improved Marketing Automation tools. This will be our fourth major upgrade for all Sign-Up.to online marketing accounts this year, and features all-new email campaign drafting tools, improved small-screen and touch support for all you tablet users out there, and a host of performance and ease of use upgrades throughout the application.

So what is Marketing Automation?

Marketing Automation can be found nestled under the Send tab; don’t be fooled by its unassuming appearance though, Marketing Automation is mighty powerful when utilised to its full potential. It’s a process of creating rules that are made up of events and actions – so when a specific subscriber related event happens, an action is triggered to be performed at a defined time. Setting up these rules takes a little bit of thought and preparation, but in the long run they will take a lot of the legwork out of things such as list segmentation and targeted follow up content, allowing you to maximise ROI while minimising effort!

What’s coming with the update?

We’re bringing you some brand new list based events and actions which open a whole world of opportunity to automate areas of your data management. We’ve also introduced some brand new controls for specifying exactly when you want your actions carried out.

Firstly, there’s a new event option – when a subscriber is added to a list.

Then we’ve got some new actions too, like moving and copying a subscriber to a list, and you can even remove a subscriber from a list after a set amount of time. We’ve also introduced the ability to perform your action at a specified time of day, a particular number of days after the event has taken place, and now you can delay your action until after the weekend, perfect for B2B communications.

Last (but certainly not least), you can now add people to a list as a result of their interactions with a campaign, ideal for when you want to send targeted follow up campaigns.

While Marketing Automation may be the star of the show, don’t forget we’ve got some other things to bring to the table too, such as our new and improved campaign drafting. If for whatever reason you haven’t saved the most recent version of your campaign (perhaps your browser crashed and forced you to quit), you now have the option to either work from the draft version or revert to your last save. You can copy either version too, leaving the other untouched, so you can be sure you never lose your work if the worst happens!

So there we are, lots of exciting stuff! Keep your eyes on our Twitter feed on the evening of 7th August for the latest updates on our launch progress, we’ll also be updating all of our Marketing Automation guides at that time to help you get the most from the new tools. Be sure to let us know when you’ve had a chance to try out the new features, we’d love to receive your feedback. Also don’t forget we have some more exciting developments coming very soon! 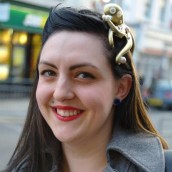