In a break from our usual schedule, we thought we’d share with you a recent experiment we ran in the Sign-Up.to office. In the video below you’ll see the experiment neatly summed up in 38 seconds, but it took us a little longer than that! Read on to find out more, and why it was a worthy experiment for bringing our team together.

Making our office a great place to work is really important to us. Relationships and a good atmosphere are vital in how we work – helping to generate new ideas, resolve problems and (hopefully) make it a place our team want to return to day after day. We take great pride in listening to ideas and feedback, so when we started collating feedback that told us teams were beginning to work in an isolated manner, we knew we needed to do something.

But why? Our UK office is made up of less than 30 individuals, so any feelings of isolation can quickly escalate. Our team saw it as an opportunity to improve staff morale, communications and the understanding of each and every job function.

As a result of the feedback we made the decision to shake things up a little, tasking our team leaders to decide on a new office layout – with the plan to trial it for two weeks. We wanted to see how these changes would impact working relationships, and whether it would actually address the concerns raised. Obviously we knew there was a risk that it’d create more problems.

Like all good experiments we needed to assess the impact, so a week into the trial we ran an anonymous survey to find out how the team felt about the move-around. Here are some of the results:

The best thing about the time spent running the experiment was how open everyone was in discussing new ideas for office engagement; from breakout areas, to an office redesign, and more inter-team project groups – it’s safe to say our minds were boggling with ideas! There were quite a few quick wins we could implement, and since have.

We were under no illusion that it would solve all our problems but, for us, the most important element was listening to our staff and acting on their feedback. Thankfully, the shake-up was welcomed and we even had a suggestion that it became an annual ‘event’!

Have you run any similar office experiments? Please share them with us in the comments box below. 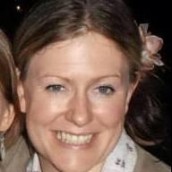