If you were anywhere near Woking town centre last week, or if you have the pleasure of following our Facebook or Twitter activities, you’ll already know that the 9th leg of the Tour Series took to the streets last Tuesday (11th June 2013), and that Sign-Up.to supported it as a local sponsor.

We’ve always been a supporter of local events and businesses in the area; last year our Operations team took on the Three Peaks challenge to raise money for Woking Hospice. So given that the Tour Series race track pretty much trapped us all in the office for the day (and the night for those who made the mistake of driving to work!), we thought this great event was a prime opportunity to get involved with the local community!

To clarify the nature of our enclosure, check out this map:

Here are my top five moments of the Woking Tour Series 2013:

1. Superman working his way up the hill outside our office. He took home the prize for best dressed too.

2. A genuine cop chasing a ‘robber’ and the exclamation from the robber as he sped round the track that he didn’t think she’d catch him. She didn’t.

3. Some incredible novelty bikes and a very cheery lady lending a hand mid-race.

4. The sun finally coming out in time for the main race in the evening.

5. What are apparently called ‘badminton bangers’ according to our resident badminton expert Mike (though it seems they’re more commonly known as inflatable clappers or sticks). Whatever they’re called, they make a hell of a noise for two pieces of inflated plastic. In all honesty, they were more commonly enjoyed by the Sign-Up.to team as a safety-first sword fighting utensil anyway! Brilliant.

Were you at this year’s Woking Tour Series event? Share your highlights from the day in the comments below, or check out more photos and a rather intense video over on our Facebook page. 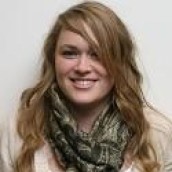