In November 2010 I conducted a little office survey and compared our in-office choice of browser with those most used by our clients. I may also have been fairly vocal about my dislike of Internet Explorer – the then current version being IE8. While Chrome is still my browser of choice, on the occasions where I require a second browser (usually to maintain two separate sessions to a web application) I now choose IE9 over Firefox. Such a cataclysmic change of heart warrants some explanation which I’ll come to, but first let’s see how the Sign-Up.to team and our customers have changed in the 16 months since we last looked at this.

Which Internet browser do we choose?

In the last office survey Firefox was the overwhelming winner with 57% of the vote, with Chrome second at 33%. This time I’ve asked everyone I could pin down for their first and second choice browsers.

Over 70% of our team now choose Chrome as their browser of choice. Chrome’s ascendancy is clear not just in the office but is also reflected both in the Sign-Up.to system usage, and on the web as a whole. It is popular here because it’s fast, standards compliant and generally simple to use. I’ve personally fallen out with Firefox because, even without many extensions, it can still take a long time to load, or there’s yet another update to perform when I just want to get on with it. It also still insists on having separate URL and search boxes, which frankly feels rather last-decade.

I may have joked about Internet Explorer last time, and it’s still far from perfect, but IE9 has proven to be a massive improvement over its predecessors. Now I’ve stopped it from launching MSN today when it loads (or whatever it was, I didn’t really look) and from using Bing as its search provider, it actually feels like a worthwhile tool. It also has the added benefit that a variety of important but low quality sites (think government, airlines etc) sometimes work best in IE because those sites have been designed with it primarily in mind.

Which browser do our customers use?

Now, moving on to our wonderful Sign-Up.to users:

Last time IE dominated with 37.5%, but that’s now down to 26%. Chrome is up from 12% to 29%, and Firefox from 33% to 38%. Personally, despite what I’ve said about Firefox, I’m really pleased to see so many of our users branching out from the default position of using IE, and exploring the other options out there. I’m also delighted to see that IE7 usage has crumbled to <5%, and that IE6 has basically dropped off the radar altogether.

It’s interesting to see that we’re still getting application traffic from IE6 and IE7 – browsers that we (and many others, like Facebook) no longer officially support. These older, insecure and terribly slow browsers are the bane of web developers’ lives, so there always comes a point where we have to let them go. On this note it’s good news for us and Internet users as a whole that Firefox and Chrome are so much better at automatically updating, although Chrome seems to manage this in a far less obtrusive way.

So overall the trend is encouraging, and I’m keen to get my hands on IE10 to see how it stacks up against Chrome and Firefox. As browsers continue to evolve we can improve our web applications to give snappy and intuitive control over our powerful marketing tools, making them feel far more like desktop applications than the web pages of old.

As a final note, the decrease in Safari share was a bit of shock as I was expecting an increase in usage thanks to the proliferation of the iPad. Best guess at the moment is that more Mac OS users have moved to Chrome or Firefox from Safari, which has caused this overall decrease. Looking to the future we certainly expect to see more traffic from tablets, and we’re actively updating our applications to ensure an optimal experience on these devices. 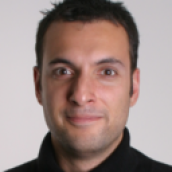