1. Is your brand shareable enough?

This post by The Drum poses four questions to ask yourself when looking for shareable success for your brand. A great starting point for any business looking to really put themselves out there.

YouTube has taken a leap into user friendly mobile space, The Independent reports. This includes viewing videos in vertical mode and a new streamlined look for the app.

Digital greetings are a quick and simple way to wish someone happy birthday or tell them you miss them, but not quick enough according to Facebook. The social networking giant now has a text service to send a ‘Happy Birthday’ to someone’s Facebook wall, saving you all that time and effort of typing those 14 characters once a year.

A thousand fans from Cesena, Italy came together to play ‘Learn To Fly’ in an attempt to attract the attention of Chris, Pat, Nate, Taylor and Dave – better known as The Foo Fighters. The video was created in the hope that the band would travel to Cesena to play a concert for the adoring fans. 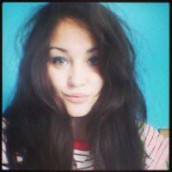