I love stats: my inner nerd lights up with anticipation at the mere mention of statistics, reports, and analysis. Even if you’re not a professional geek like myself, you should still pay attention to the figures: they can tell you everything (and, occasionally, nothing). Want some examples? Here you go:

Amusingly this week, news about the sale of SORBS for “a cool half mil” broke via jedsmith.org (with a later followup of the effect) after Michelle Sullivan foolishly revealed details over IRC (apparently in front of 25 other people, d’oh). SORBS is not known as being the most, ah, user-friendly blacklist around (the word “reviled” has been used), but it’s hard to doubt its reach – something which irate sysadmins have often complained about after finding it difficult to get a legitimate netblock removed from the list. GFI have now issued an oft-quoted official statement regarding the matter, but seem to have been caught slightly off-guard, as there’s still no mention of it on their main site.

Special mention this week to Chris Wheeler, whose brother passed away unexpectedly last week. Prompted by this awful event, he has decided to offer up his own time to try and give something back to the world by doing what he feels he does best: help improve people’s email deliverability. It might seem a little strange, but it’s a gesture that I’m sure is heartfelt, and from the content of the post seems as genuine as they come. You have our sincere condolences, Chris. 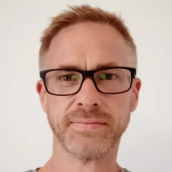